Save the Bay with the Chesapeake Bay Foundation

This past October Rivion descended upon The Chesapeake Bay Foundation’s Merrill Center to cover the Wedding of Sam and Bryce. They’re a sweet and fun couple and you can tell from their video they made the most of their night. It’s a beautiful waterfront venue and an idyllic setting to say “I do” (or to celebrate having said “I do” somewhere prior). It’s also a reminder of the mission upon which the Chesapeake Bay Foundation (CBF) was founded; to restore our beautiful Bay. If you’re a local, you’ve seen the ubiquitous “Save the Bay” stickers all around and you can thank the CBF for this. I’m a son of Maryland and I appreciate that organizations and people exist who care to dedicate themselves to noble causes, especially ones that are seemingly insurmountable.

Perhaps you’ve heard of Captain John Smith of Pocahontas fame? He was also the first English explorer to map the Chesapeake Bay. Here are his words; “There is but one entrance by sea into this country, and that is at the mouth of a very goodly bay, 18 or 20 miles broad. The cape on the south is called Cape Henry, in honor of our most noble Prince. The land, white hilly sands like unto the Downs, and all along the shores rest plenty of pines and firs … Within is a country that may have the prerogative over the most pleasant places known, for large and pleasant navigable rivers, heaven and earth never agreed better to frame a place for man’s habitation.” The Bay is indeed still quite gorgeous, but it is no longer the bay of Captain Smith’s words. The water is brown and murky. Much of the shores are developed. The waterways that feed the bay are polluted with runoff from our streets and who knows where else. Decades of indifference have caused the bay to become alarmingly imbalanced.

The CBF was founded in 1967 and in 1998 they started publishing their “State of the Bay” which rates the progress of the restoration. The goal is to reach a score of 70 which would constitute that the health of the Bay has been saved. A score of 100 is pristine, the Bay of Captain Smith’s words. Where is it today? 34. The Chesapeake Bay is the largest estuary in the United States and one of the largest in the world. It’s the centerpiece of Maryland and the engine that fuels countless industries. Yet for generations we’ve treated it like a toilet. The CBF is at the frontlines of saving everything Marylanders hold dear. As a Maryland-based small business, Rivion will donate what little we can to support their cause and if you would like to do your small bit to help as well, go here: https://secure.cbf.org/site/Donation2?df_id=1561&mfc_pref=T&1561.donation=form1. I bet a happy, healthy crab tastes better, don’t you? 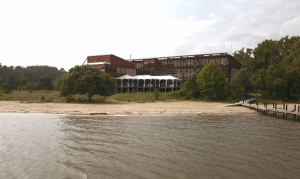 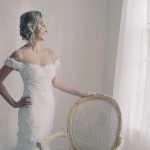 Christa and Steve’s Wedding at the Annapolis Yacht ClubHidden

Christine and Alan’s Wedding at Evergreen Museum and LibraryVideos