Tanaya and James’s Wedding at the Main Street Ballroom

James and I met at Echostage, DC in June of 2014. It was the end of the night when he approached me saying, “Hey, it’s my birthday, can I buy you a drink?” All I remember thinking is, he’s so cute! After a brief conversation, I gave him my number. I was heading out of the country for the next few weeks so, I wasn’t really sure if I’d hear from him after I returned. Sure enough, the day after I returned from my trip, James texted me. Within the next few weeks we began to date and were pretty inseparable.

Two years later, James planned a trip to Los Cabos, Mexico where he proposed. While we were there, we wanted to have a photoshoot on the beach at sunset. After taking lots of great pics, I thought the shoot was over; James grabs my hand, spins me around to face him and gets on one knee! It was PERFECT! Everything about it was perfect! I screamed, “Yes! Of course!!”

Almost two years after that was the best day ever! #4everMiAMoore

Follow Us
©2023 Rivion Films. All Rights Reserved. Powered by Merisign. 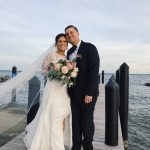 Sam and Bryce’s Wedding at the Chesapeake Bay FoundationHidden 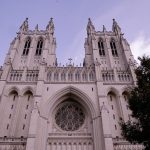 Weddings at the National Cathedral in Washington, D.C.Blog